Good morning north Texas, we have another threat for storms today across the area, however, this forecast will be fully dependent on a few factors this morning. Let me start out by saying before any forecast, that this is a forecast, we all have an equal opportunity to see storms however not everyone will see the severe storms, there’s just a risk for all of us. So if your area specifically doesn’t see severe storms that’s a good thing! There’s no need to attack the local TV weatherman. Now to the forecast 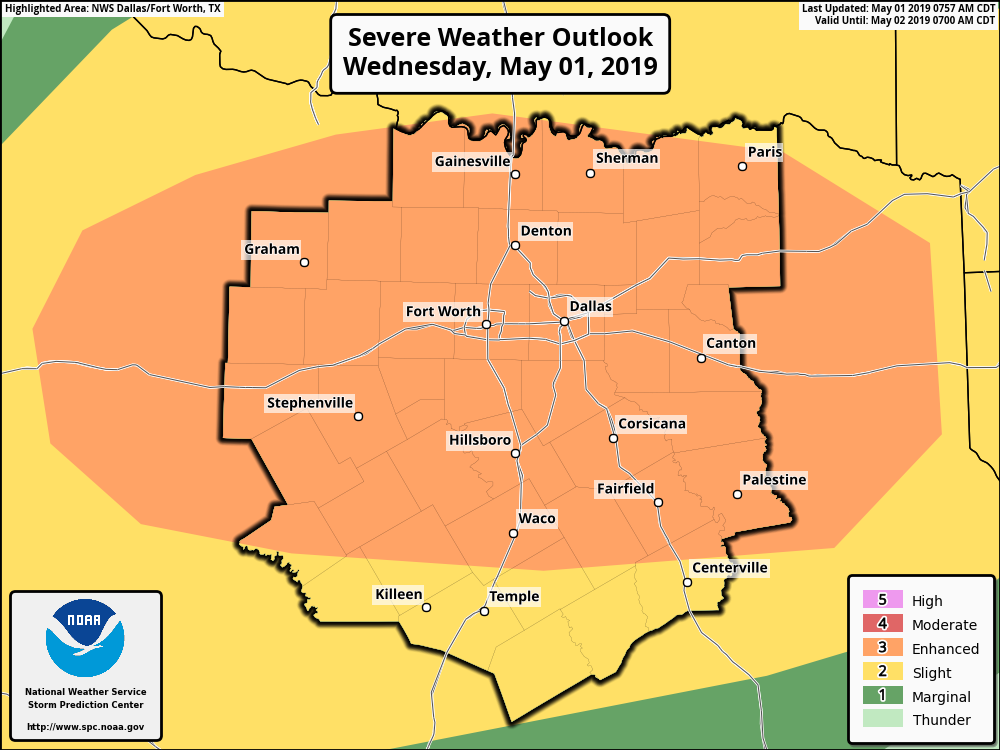 The SPC has placed almost all of our coverage area in a (3/5) enhanced risk area for storms mid day into this evening. At this time winds, isolated tornadoes and large hail are the primary hazards with winds being at a 30% risk being the reason we were upgraded. 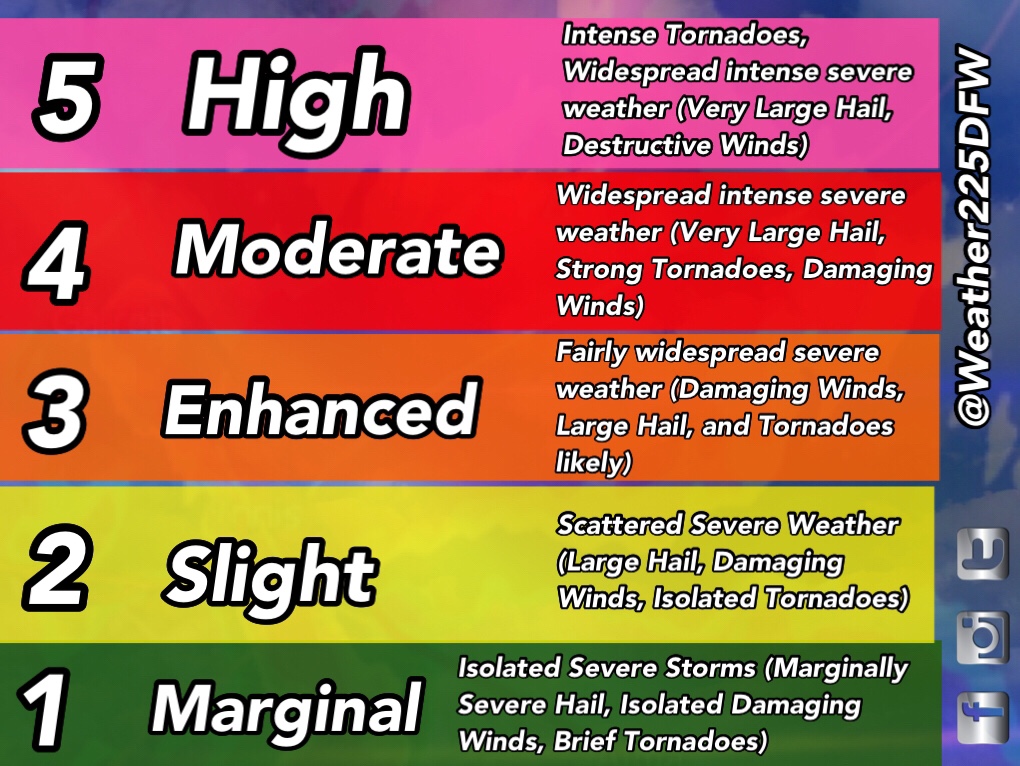 Some things we’ll need to be watching this morning are, residential outflow boundary left from last nights storms along the red river and where that will be located, as this boundary could help elevate the tornado potential for certain areas. There is a tornado threat for today, it’s a low threat because of lower shear values, however high instability with the low wind shear will bring at least a low tornado threat. If the boundary along the red river moves south we could have a higher tornado potential (When I say this it doesn’t mean Armageddon). If the boundary moves well to the south or back north into Oklahoma then our chances aren’t as high, but there’s also some other factors as well.

Along this boundary to the north we could see some storms that will behave for the most part across our northern areas, if these develop across the area we’ll have to watch to what extent they develop, and if it’s enough to stabilize the atmosphere, or little enough the atmosphere can recover for storms

Either way there’s a lot we’ll need to be watching today and this morning. So regardless right now it would be a good idea to make sure you’re ready for the threat of storms by making sure you have ways to receive warnings, by staying tuned to the forecast, and reviewing your severe weather safety plan. It’s May after all and this is typical for springtime. Also because its May first we can all say goodbye to the “its gonna be May” meme floating everywhere around the weather twitter community for another year. So “bye bye bye” to that meme. 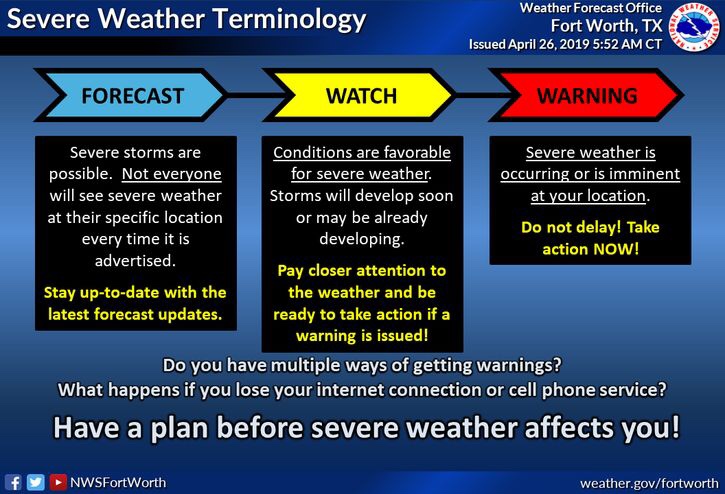 Enough of the jokes back to the forecast. So reminder, just because you are in a risk doesn’t mean you will be impacted, it just means that there is a risk for the area however, not that your house or neighborhood will be hit exactly. Just stay weather aware, all types of severe weather will be possible, including the threat for some localized flash flooding with some storms. Flash flood watch remains in effect until 7pm Thursday 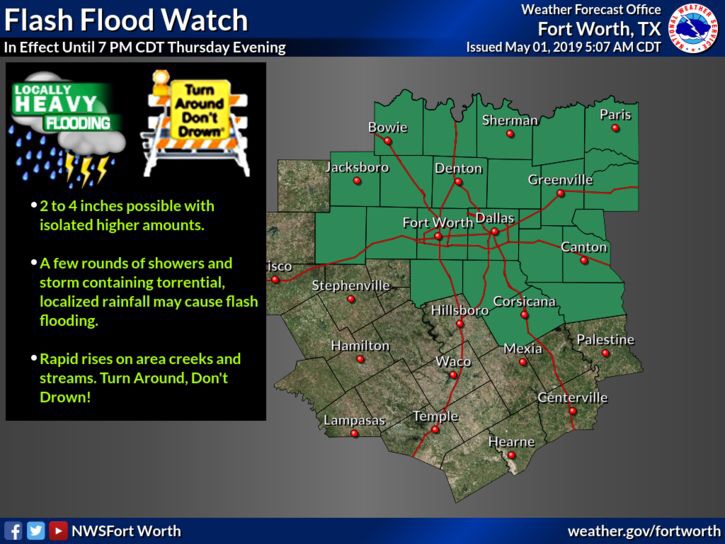 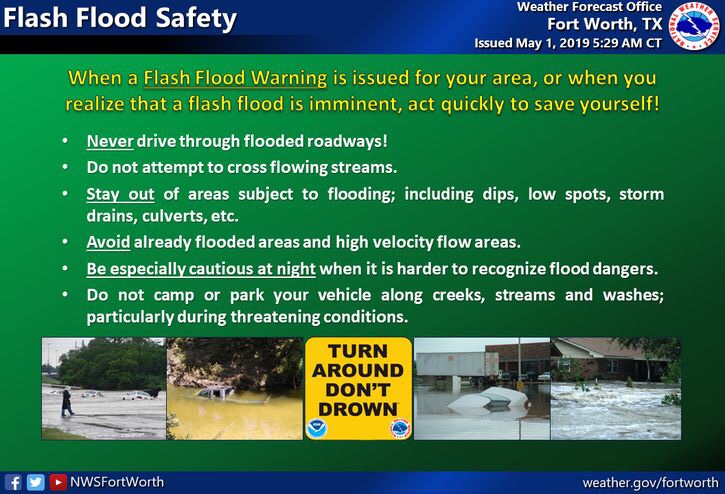 Stay weather aware we’ll let you know of any changes