Good afternoon NTX, we have a few things to mention weather wise as we head into next week. To start, one tornado was confirmed from yesterday’s storms, and caused some damage in the Mesquite area around 7:35am. The tornado was rated a short lived EF-0 with winds of 75-85mph 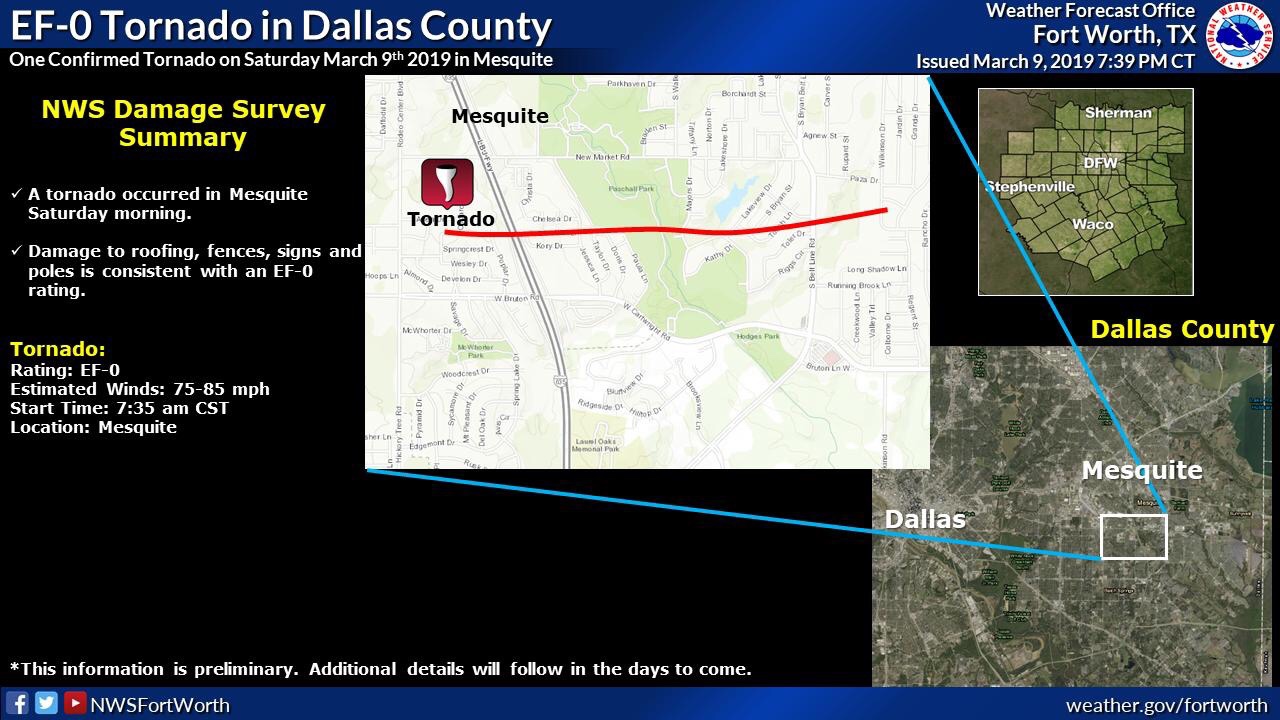 To start off the new week we will see widespread scattered showers and a few thunderstorms Monday, with highs in the upper to mid 50’s and some areas in the low 60’s. (Severe weather will NOT be a threat) 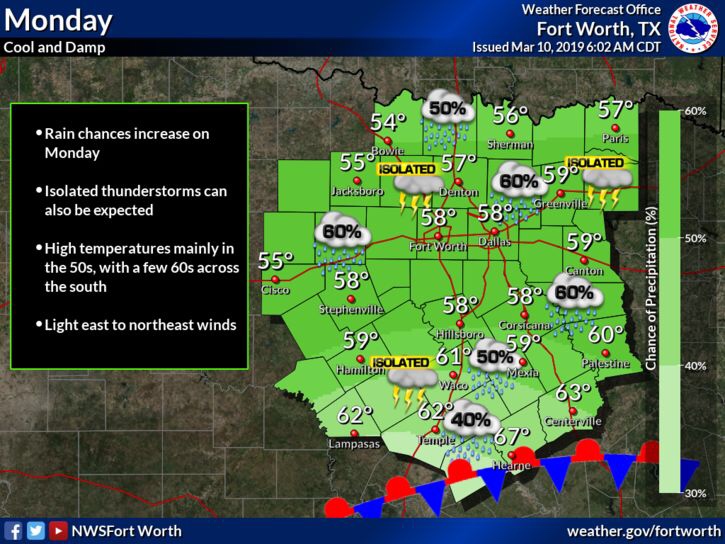 Tuesday evening into Wednesday morning there will be a chance for some strong to severe storms across the area. At this time we don’t know what all to expect, however it appears that storms could have the potential to produce damaging winds, large hail, and a tornado or two. 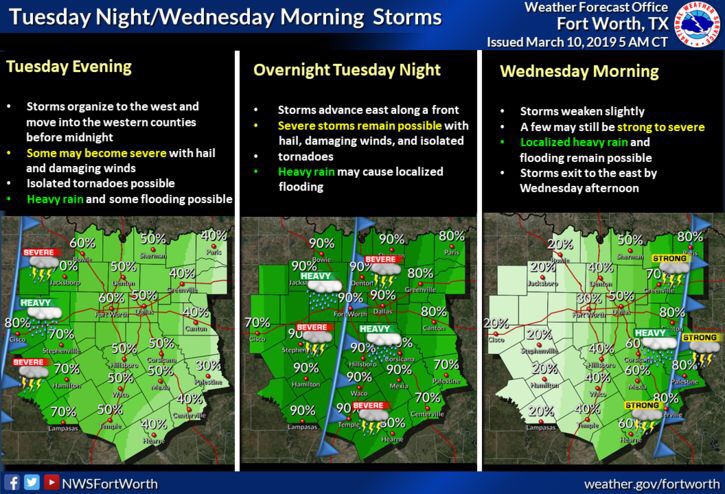 Stay tuned over the next couple of days for more details on this system. In the meantime don’t forget to set your clocks forward today! And Enjoy the weekend NTX 🙂 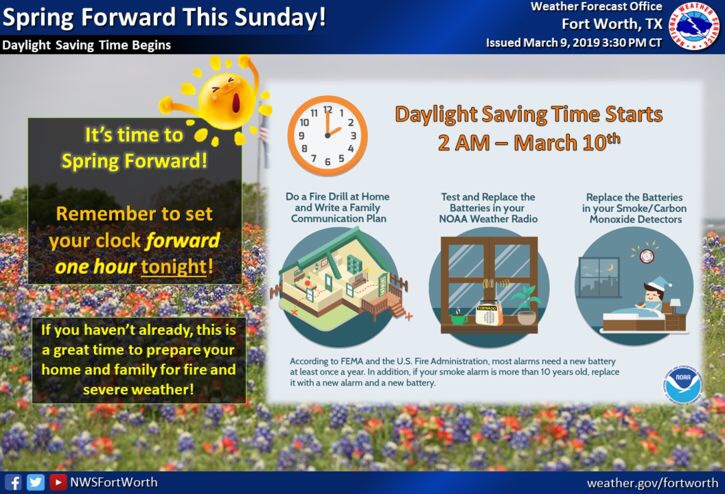