As of 5pm there were 4 fires seen on Satellite within our coverage area, 2 in Parker, 1 in Wise, and 1 in Cooke counties. As of 4:38pm the TX A&M Forest Service tweeted that forward progress of the Farmers Road Fire in Parker county was stopped, fire crews continue to battle the fire 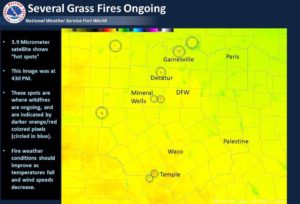 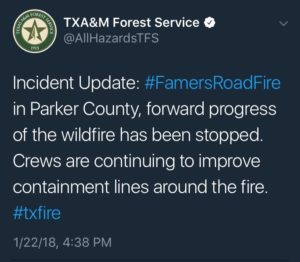 Flower Mound PD announced at 5pm that All roads impacted by that grass fire, have re-opened including US 377 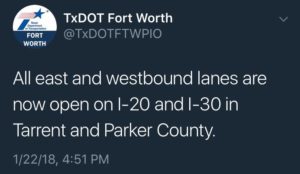